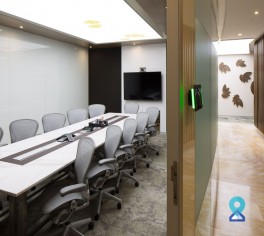 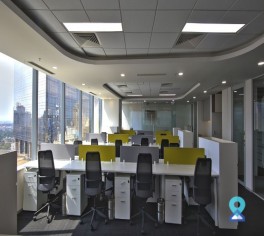 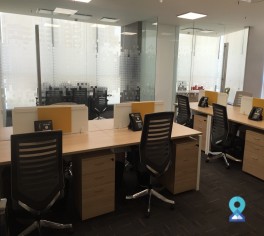 This coworking space in Golf course road, Gurugram offers premium Serviced Offices located in the heart of Gurgaon on the main DLF Golf Course Road. The building has good connectivity and has various multinational companies operating in the neighborhood. 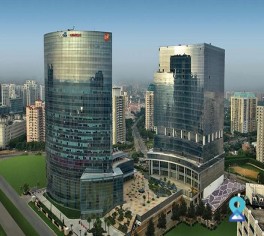 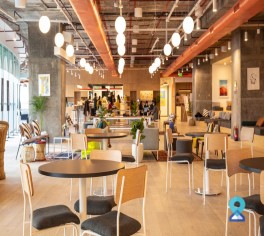 This coworking space is very close to Delhi and is a few minutes away from Cyber City. It is accessible by road and the metro network. Delhi international airport is 10 mins away. 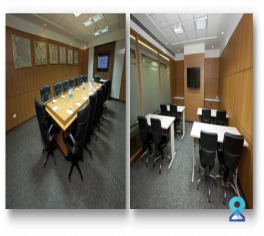 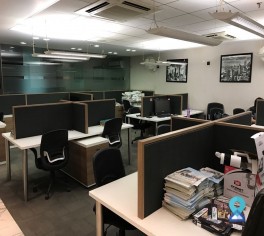 This coworking space in Golf course road, Gurgaon includes 60 workstations, 5 Cabins, open terrace and much more. It has a rapid metro station in its proximity, it's a perfect place for people looking for co-working and serviced office space. 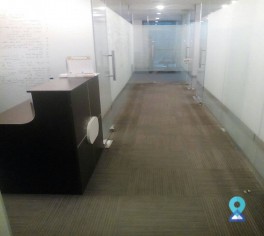 This Business Center is located in Gurgaon, offers comfortable and convenient Serviced Office complexes. A slew of customized plans are provided to suit your needs and demands. 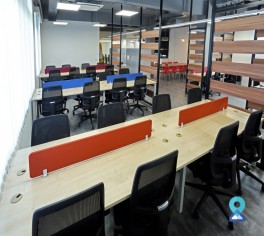 This coworking space is located in very prime region of Gurgaon which is the Golf Course region. This co-working space can be easy accessed from all areas across the city. With an easy accessibility through road and rail transport. 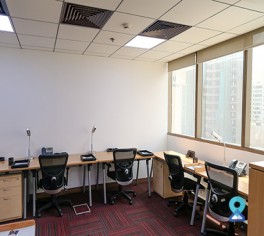 This coworking space is located in Gurgaon, one of India's most respected business locations. Gurgaon has emerged as a top choice for Fortune 500 company headquarters, with nearby firms working in the likes of banking and financial services, IT and telecommunications.

Gurgaon is a city located in northern part of India in the state of Haryana. The city is positioned near the Delhi Haryana border and is one of the major satellite cities of Delhi and also fall in the category of National Capital Region (NCR). Being close to the Capital city of Delhi, the area has become one of the leading financial and banking hubs of India after Mumbai and Chennai. The manufacturing plant of the leading automobile manufacturer Maruti Suzuki India Limited marked the economic growth story of the city, after which most of the development began in sectors like manufacturing, IT, software companies, Call Centres, Financial Institutions, BPO today Gurgaon has local office of a wide range of fortune 500 companies. A large number of industries and offices spaces are established in Gurgaon city, Manesar, Sohna Road, Cyber City, Golf Course Road and NH8 and are popular locations where most of the Multinational Companies have taken large office spaces. Most of these commercial districts have seen a substantial growth of coworking space in Gurgaon in the past few years. Gurgaon has always been the preferred location for many businesses most importantly been its proximity with Delhi and the pace at which the city was developing residentially and commercially. Apart from that all the special Economic Zones (SEZ) in Haryana are in Gurgaon. With rapid expansion of startups and multinationals corporations Gurgaon has emerged as a commercial hub, but still the central business districts (CBD) of Delhi and Mumbai still strong. Few of the areas in Gurgaon which have seen a growth of commercial, residential and economic activities are:

Gurgaon is a very planed city, being the commercial hub and having range of office spaces the advantages of the city includes its proximity with Delhi. Like other satellite towns of Delhi, Gurgaon has a plus point as it is located close to South Delhi another advantage of the city is its easy accessibility to the domestic and International airport which has also attracted many companies. The area having so many bonus points and being less expensive as compared to Delhi multiple call centres, BPOs, KPOs and MNCs have chosen the area for their office space n Gurgaon. Gurgaon is also known as the call center capital of India and has emerged as an important financial, industrial and corporate hub. Few of the Multinational companies which operates out of Gurgaon are American Express, EXL, IBM, Microsoft, Ericsson, Oracle, Bank of America, The Coca Cola Company, American Arline’s, Nokia, airtel DLF, Maruti Suzuki, Hero Honda etc.

Gurgaon is well connected internally and with Delhi by various means of transport like Intercity Rail, Delhi Metro, Rapid Metro and By Road transport. The Gurgaon Railway Station is operated by the Indian railways and is part of the Indian railways network. Thera are four different stations in Gurgaon and in the modernization plan they have been merged to the Gurgaon Railway Station. The city is also well connected by the Delhi Metro which has been a great help for the commuters commuting from Gurgaon to Delhi and vice-versa on daily basis. The Delhi Metro has five stations in Gurgaon which falls on the yellow line.

Gurgaon also has a rapid metro which operates with in Gurgaon and has close to eleven stations within Gurgaon and also has an interchangeable station on the yellow line of the Delhi Metro. This metro has been very convenient among the people living within the city and also saves lot of commuting time. The office spaces and the coworking space in Gurgaon are well connected by these metros. This ease and accessibility of commuting and the location of the city has made it one of the most developing cites of India and has become an attraction for many startups and Multinational companies. Gurgaon has developed as the as the most popular IT hub, fast growing companies, emerging startups are the proof of the area’s popularity. Gurgaon has been popular for its high-rise commercial buildings whish are all modern building with highest level of standards. Most of the corporate and multi nationals’ companies have their offices in them, to name few off the prominent building in Gurgaon:

·One Horizon Centre: It is one of the prominent building of Gurgaon and is located in the heart of the city. This commercial building was developed in a joint venture between an international and an Indian real estate firm.

·Two Horizon Centre: It is one of the commercial buildings located in the promising corporate destinations with fulfilling criteria of international standards. The building has an easily accessibility with the Rapid metro, Delhi Metro and the international Airport.

·DLF Epitome: This technologically sound building offers wide range of amenities and a professional workspace to IT companies, Multinational companies and startups. The building is directly linked with Delhi Gurgaon Expressway and also has close proximity to the International Airport and the Rapid Metro which has made this building the most popular coworking space in Gurgaon.

·JMD Metropolis: This building is located in Sohna road and offers wide range of setups like conventional office space or a coworking office space in Sohna road which has given startups a second thought to have their offices in this premium building.

·Spaze ITech Park: This is also one of the prestigious building for office space in Gurgaon as the building has world class exterior and interiors. The location of the building which is on Sohna Road is also prime with having connectivity with Delhi and Faridabad.

Gurgaon being the commercial district and close to the capital city is house of many companies which have their headquarters and operates out of these prominent buildings some of these companies are Apollo Tyers, Goibibo, Aviva India, Grofers, Indigo, NIIT, Opel India, Punj Lloyd, Satya Paul, SBI Cards, Spice Jet, Transport Corporation Of India, Yatra, PVR Cinema, ShopClues and many more.