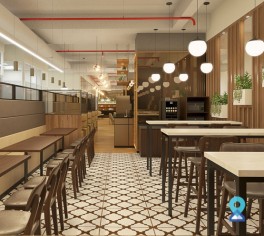 Located in Chennai’s most sought after commercial and business hub, this spacious centre is easily accessible by road and is at convenient distance from Chennai International airport. 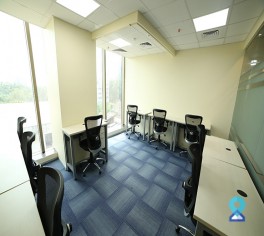 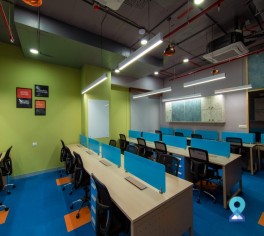 This coworking space in Guindy is in one of the most sort after regions in Chennai. The location of this centre offers a great accessibility to the other parts of the city. This office space offers all the amenities to make sure that the members have a hassle free day to day work. 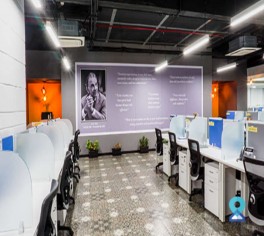 This coworking space in Guindy, Chennai is approachable through various mean of transport and proximity to various eateries, multi-cuisine restaurants, retail stores, luxury hotels and public amenities lends this coworking space a great edge. It's an ideal work space for start-ups, small or medium enterprises and even multi national corporations. 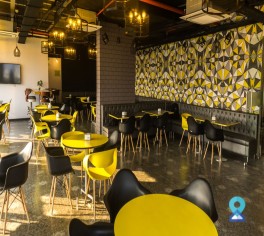 This coworking space in Guindy, Chennai is situated in the heart of Chennai's fastest growing business hub. It is well connected to other parts of the city through all means of public transport and has many eateries, hotels and restaurants near it which gives it an edge over other regions of the city. 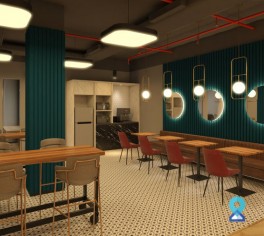 Located in the heart of Chennai’s fastest growing business district, this centre is the perfect space to elevate your business performance. 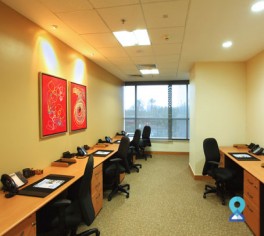 This Office space is located in a landscaped business park in Guindy, one of Chennai's most important business locations. The building has a modern futuristic design and is close to restaurants, banks and ATMs. 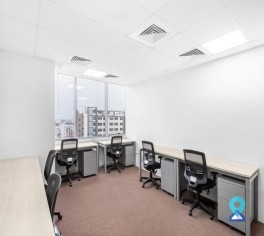 This office space is located in the south western part of Chennai in Guindy which is a thriving hub for IT companies and various other businesses. 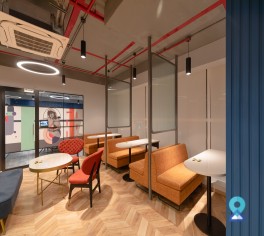 This coworking space is located at Bascon Futura IT Park in Chennai’s which is a prime business district, and the centre is equipped with modern amenities. 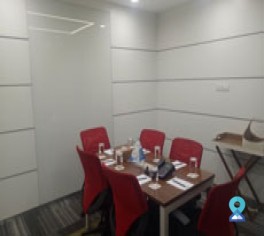 This office space is located in one of the busiest commercial localities in the city of Chennai and has an excellent frontage and can be accessed from Rathna Nagar Main Road.

Chennai formerly known as Madras which is the capital city of Tamil Nadu is the fourth largest city in India, it lies in the Southern part of India and is also the automobile capital of India. The city is separated into three parts by two rivers, the Cooum River and the Adyar River. Marina beach located in Chennai is the longest beach in the world stretching to almost 12 km. Today the city is one of the biggest commercial and industrial centers. Chennai is the third most visited city by foreigners in the country after Delhi and Mumbai. Chennai is fast growing and has been a house of many companies, it has been economic base for industries like automobile, software Services, Medical, Tourism, Financial Services, hardware Manufacturing, petrochemical, Apparel and Textile. The Chennai port and the Ennore Port has also contributed greatly to the economy of the city as it makes transportation to other countries easy. Coworking spaces in Chennai, especially in areas like Perungudi, Anna Salai, Nungambakkam are gaining popularity because Business Processing Outsourcing (BPO), Software Development, and electronics manufacturing have emerged and demand for cost-effective office space is increasing. Chennai is also house to the world’s largest high technology business zone Mahindra World City, New Chennai which is a Special Economic Zone located in the outskirts of Chennai. The city is the largest exporter of IT and IT-enabled services after Bangalore.

In recent years Chennai has emerged as the Hub of electronics manufacturing with multinational companies having their manufacturing plants in the city, companies like Cisco, Samsung, Siemens, Ericsson, Motorola, Dell, ABB. The government of India has also promoted Chennai as the worlds R&D and manufacturing hub of India. Companies like, Texas Instruments, Foxconn, Bosh, Microchip Technology, Xerox, Alcatel, Ericsson, Atmel have chosen Chennai to have their Research and Development facilities. With so many companies choosing Chennai as there manufacturing hub and having their headquarters sudden jump in office spaces to cater these needs grew which simultaneously increased the demand of coworking space in Chennai which can offer cost-effective solutions to these companies. Apart from the Research and Development facilities and manufacturing units, Chennai has housed major Software and software services companies like PayPal, KPMG, Deloitte, Microsoft, Shell Business Operations, Mindtree, L&T Technology Services, Ernst & Young, TransUnion, Amazon Virtusa, IBM, SAP, Oracle, Cisco HCL, Fujitsu, Wipro, Honeywell, Verizon, Intel, Altran, Accenture, DXC Technologies, Sopra Steria, Tata Consultancy Services, LTI, Adobe, AT&T, Wolters Kluwer and many more. Few are the major areas in the city which has developed financial and IT sectors of Chennai.

Apart from the Research and Development facilities, manufacturing units, major Software, and software services companies Chennai has also been recognized as the banking capital of India. The city serves headquarters for all major banks and financial institutions of India next to the financial capital Mumbai. Several large banking and financial institutions are headquartered in Chennai like Citibank, ANZ, DBS Bank, BNP Paribas Fortis, World Bank, ABN AMRO, Bank Of America, The Royal Bank of Scotland, Standard Charter Bank, Barclays, Deutsche Bank, Goldman Sacha, BNY Mellon, JP Morgan, Bank of Tokyo, Wells Fargo, HSBC and many more. Being the financial institution, software and IT hug Chennai has a robust transport system that connects the city internally and to other parts of the country. The road transport and metro services are designed to cater to all the areas with commercial and financial activities so that commuters are benefited to the fullest. The Chennai railways are also connected to other parts of the county like Delhi, Ahmedabad, Kochi, Lucknow, and Mumbai and these cities are also connected through air travel. Chennai also attracts a wide range of tourists few of the city’s attractions include.