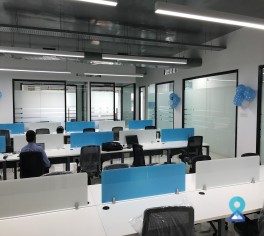 This coworking space in Koramangala offers an impeccable quality of services, infrastructure, in-house amenities and support maintenance to ensure that customers get the best and most vibrant workspaces to grow their ideas into enterprising businesses. 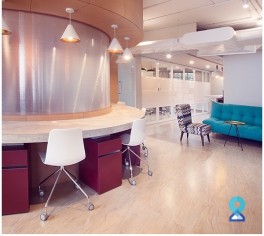 This coworking space in Bangalore has an ideal environment for a new age work. We are more than physical space providers – our goal is to foster a modern breed of creative and innovative ideas built on collaboration. 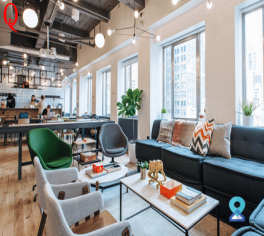 This coworking space is located in Koramangala the main startup hub in Bengaluru. The office space is easily accessible by all means of transportation. 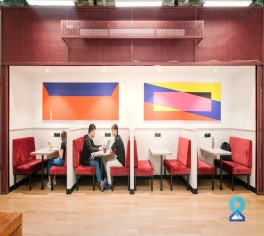 This coworking space in Koramangala Bengaluru is brimmed with innovation and home to a slate of well-known technology companies,Commuting is simple with onsite parking and easy access to Hosur Road, as well as Bangalore City Railway Station close by. 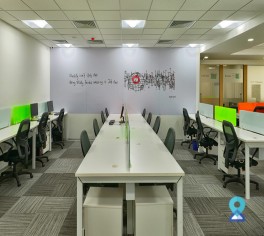 This coworking space is located in one of the most growth-friendly neighborhoods of Bangalore. Characteristic of the energy and vibrancy of the locality, this co-working space is located at the crossroads of important business areas such as Electronic City, Sarjapur and M.G Road. The building complies with all regulatory norms and certifications and the space within is designed to grow as per your needs. 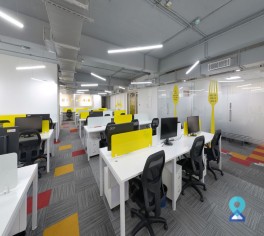 This coworking space is in close proximity to economic hubs such as Electronic City, Whitefield, Koramangala and Jayanagar, which makes it a coveted workspace for young working professionals. Commuting to and from is easy, an excellent public transport network connects the business workspace to the core parts of the city. 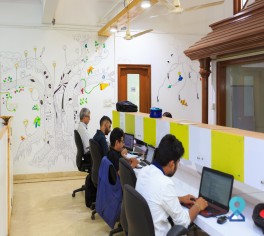 This coworking space is a perfect layout when it comes to privacy and very very reasonable in pricing. Located in the very famous HSR Layout, this co-working space is Ergonomic, Extensive, Exquisite. It's a complete blend of independence and efficiency. 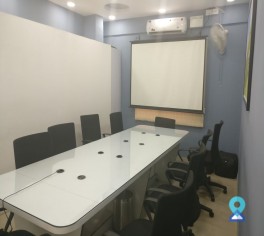 This coworking space is situated at S.T.Bed road in Koramangala in Bangalore.This centre is ideal for small firms, start-up, consultants and other professionals because of its pricing and location. 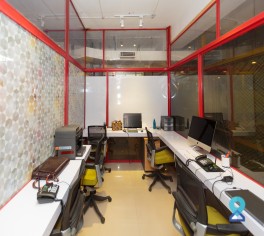 This coworking space is located in the very famous HSR Layout having members like yatra.com, springboard, NDTV and Innerchef to name a few. To describe it in few words- Sophisticated, Spacious, Shipshape with a blend of professionalism and elegance.

Koramangala, the cosmopolitan region is in the South-Eastern part of Bengaluru. It is considered as of the sort after residential region of Bengaluru city with lot of posh bungalows and luxury apartments. But it is also very popular among tech workers, students as this region also holds many IT companies within the vicinity. It is located between Bengaluru and Electronic city and so it has attracted a lot of techies from across the country and so one can find many coworking space in Koramangala.

Over the years, with the tech boom in the 1990s and Bengaluru becoming the Silicon Valley of India, Koramangala has also seen a lot of development. It is divided into 8 blocks with 1-4 blocks separated from blocks 5-8. Koramangala is famous for its restaurants, hotels and bars. It also holds many schools, colleges and hospitals within the vicinity.

Earlier the region was considered as a marshland but during the late 1970s, the development started and now one can see many buildings made of steel and glass and this includes the very famous Forum Mall, which is the 1st mall of Bengaluru city. Koramangala has gone on to become one of the most sort after commercial hubs of not only Bengaluru city but of India. This tremendous growth in terms of social infrastructure and economic infrastructure is phenomenal.

With the ease of accessibility through all means of public transport, being the hub of IT industry and start-up world, the region will keep on developing and will see the influx of many more coworking space in Koramangala in the coming years with Bengaluru being the most preferred location by the multi-nationals and the millennial world.

Some of the important factors that attract millennials and companies for having coworking space in Koramangala are mentioned below: