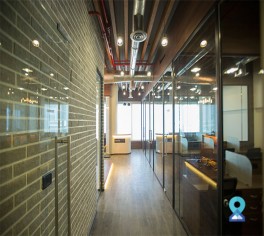 This centre is located in a high-end commercial space in the heart of Lower Parel, on Senapati Bapat Marg, the office space is well connected by nearby business hubs and surrounded by popular restaurants, clubs and malls. 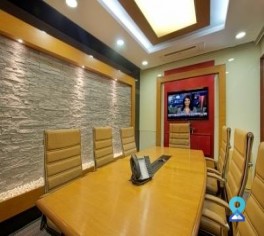 This business centre is located in the Empire complex, a sprawling 3 lac square feet commercial complex in the heart of Mumbai, at Lower Parel. 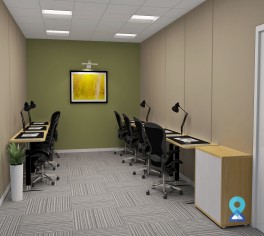 Located in the heart of Mumbai's commercial hub, this business centre in Lower Parel is an ideal location for startups as well as established businesses. 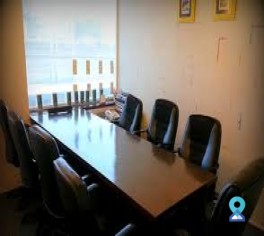 This co-working space is in Lower Parel, which is very close to Lower Parel railway station. We guide startups, entrepreneurs and freelancers succeed by making them more connected with each other. 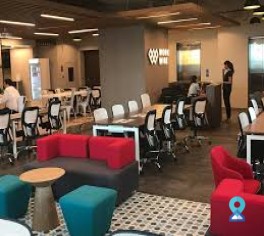 This office space is located in Lower Parel within the Kamla Mills Compound and is surrounded by corporate and business offices. 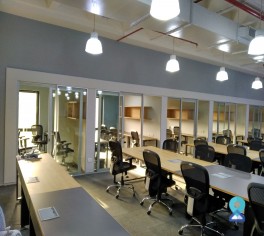 This is the place where you will find the workaholics or those that like to work at what some may consider odd hours. The perfect spot to set up your office for local professionals, freelancers, digital nomads. 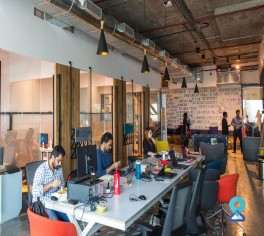 Located in the business district of Vikhroli West this office space offers fine environment for startups to work. 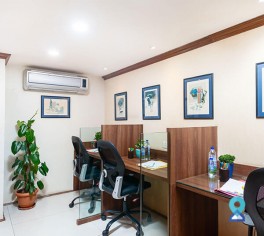 The location of this business centre offers smooth connectivity with all other parts of the city via all major transport networks, mainly road and rail being located within proximity. 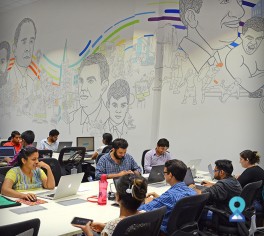 This centre is located in Lower Parel, Mumbai on Sitaram Jadhav Marg.The centre provide all basic and quality amenities such as comfortable seats, wi-fi, floating area, cafeteria etc under the same roof. 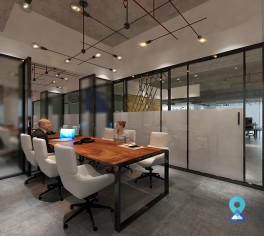 Located in one of the most prime commercial business centres in South Mumbai; it is a stone's throw distance from Lower Parel and Currey road stations.Proposed to be India's tallest commercial building, amenities include a 1500 car park etc.

Mumbai Previously known as Bombay lies on the west coast of India and is also the capital of Maharashtra which is a state in India. Mumbai is having the status of the entertainment city of India is also the wealthiest city in the country, also the largest city in India by population and is the financial and commercial capital of India. The city serves as the economic hub of India contributing to the economy from sectors like factory employment, Industrial output, Income tax collection, custom duty collection, excise tax collection, foreign trade, and corporate taxes. The city is immensely popular in India with neighboring cities like Navi Mumbai and Thane. Mumbai is also home to Fortune 500 companies and it also figures significantly in the global ecosystem and has presented some of the leading financial institutions. Being the financial and commercial capital of India's expansion of activities has increased enormously, which intern has swelled the growth of coworking spaces in Mumbai. Few of the business districts of Mumbai which have seen a rapid growth are:

Initially the Mumbai’s commercial development began from Ballard estate where most of the businesses flourished, the area has European styled buildings and is home to the Mumbai Port Trust and headquarter to many shipping companies. After several years the business shifted and slowly Fort became the next heat of the Financial District, which is the house of Tata Group headquarters, Reserve bank of India, and Bombay Stock Exchange. From here it again expanded the and Nariman Point became the new Business district with commercial enterprises and small businesses emerging. Nariman Point is also headquartering to some of the prominent companies like Air India. This evolvement of different business districts in the area has also increased the no of Office spaces in Mumbai. Just like other cities Mumbai also has its traditionally established central business district, the financial district, and a residential region. Mumbai has traditionally owned success by its textile Mills and seaports, slowly most of these industries were replaced by industries having more skilled labor such as healthcare, pharmaceutical, diamond polishing, marketing, and information technology. Slowly Mumbai became the financial capital and has now become the headquarters of many Indian Financial institutions like Indian Stock Exchange (BSE and NSE), Tata Group, Essel Group, Reserve Bank Of India, Mint, Reliance Industries, state-owned and commercial banks, financial and monetary Regulatory authorities of India ( SEBI and RBI ) and most of them are located in South Mumbai. Apart from being popular for the Indian film industry and being the house of all the Bollywood celebrities, Mumbai has seen a rapid growth across the city, some of the major area which has seen a remarkable commercial growth are:

Infrastructure is a key component making a thriving business district, these districts in Mumbai are strategically located from important commuter routes like the western line, central line, and the harbor line as well as major expressways. Being a financial hub, business district, having a wide range of residential areas and coworking spaces in Mumbai the public transport system of the city is extremely robust to cater to the high rush of commuters. Mumbai has one of the best Public transport systems which includes the Mumbai Suburban Railway, Metro, Monorail, Brihanmumbai Electric supply, and transport (BEST), Taxi, autorickshaw and ferries. The Mumbai Suburban Railways which is also known as the Locals is the backbone of the city’s transport system and is operated by the Western Railways and the central railways. The Chhatrapati Shivaji Terminus is the headquarters for the Central Railways and Church gate is the headquarters for the Western Railways. The Mumbai railways connect majorly all parts of the city and also connects to most parts of India by the Indian Railways. All the long-distance trains originate from Chhatrapati Shivaji Terminus, Dadar, Mumbai Central, Bandra Terminus, Andheri and Borivali.

Mumbai’s business and commercial activities also expanded to its new central business district (CBD) like BKC, Worli, Prabhadevi, Belapur Navi Mumbai, and Lower Parel. BKC has its advantages like being close to the international airport and Nariman Point which helped the are in flourishing very quickly. All these areas which were the extension of the CBD had a lot of features like modern buildings, better maintenance, broad roads, Uninterrupted power supply, accessibility, huge parking facilities, proximity to residential areas which attracted businesses to these areas. Lower Parel was also largely an area filled with mills, but the areas being fulfilling all the requirements for a CBD were refurbished and converted retail and commercial space. The CBD Belapur is also a prime business district of Mumbai after BKC, Lower Parel, Nariman Point, and Worli. The area is well connected by local transport with railways and BEST buses, and also has ferry services. Navi Mumbai is also a house of many private companies and also many governments, economic organizations like Konkan Bhavan Building, Director of Town Planning, Public Work Department, Chief Commissioner Of Excise, Special Crime Branch, MTNL, Cotton Corporation Of India and the headquarters for the Konkan Railways. Office space in Mumbai are all well connected with the Central business districts, as the area has a number of technology businesses and is also the house of many hospitals, malls call center and companies.

The Central Business Districts (CBD) of Mumbai are:

The Secondary Business District (SBD) of Mumbai are:

The Peripheral Business Districts (PBD) of Mumbai are: