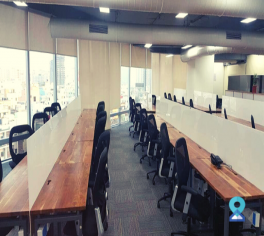 This coworking space in Gachibowli, Hyderabad, is blessed with aesthetic brilliance, intelligent planning and scientific approach. The core strength of this building is the site layout. 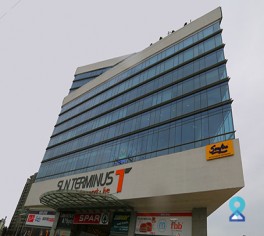 This centre is located next to the 158 acres Botanical Gardens on Gachibowli, Kondapur Highway and is well connected to all the parts of the city. 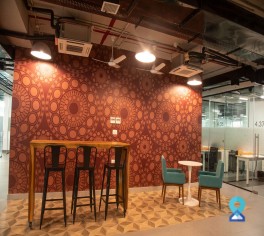 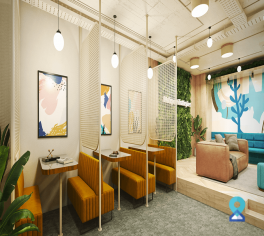 This coworking space in Hitech City, Hyderabad is located in one of the most sort after regions i.e. Purva Summit. It has a great accessibility through all means of public transport and offers a premium office space solution. 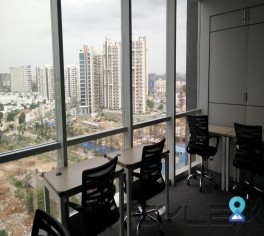 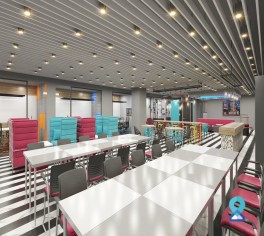 This business centre is located in Hitech City Phase 2, which is a hub of IT giants with MNCs like Oracle, Dell, Delloite, Tech Mahindra, HSBC etc. 35 Kilometer from the airport and 5 five star hotels in 4kms radius. Within 2 kilometres from Cyber Towers. 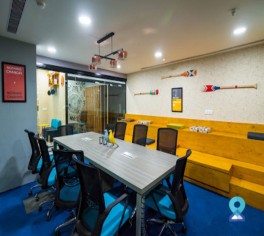 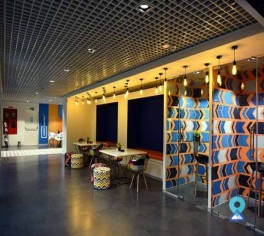 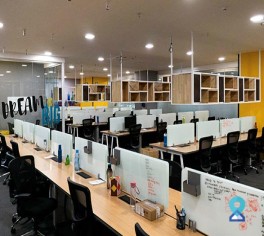 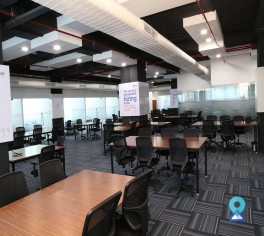 Gachibowli is a suburb in Hyderabad which is located in the Rangareddy district which is just a few kilometres from the Hitec City. As the Hitec City, Gachibowli has also grown as a software hub for many companies operating from Hyderabad. The area has developed as a new financial district of Hyderabad with many companies preferring their office destination. This rise in the demand for office space many coworking spaces in Gachibowli has started giving plug and play office setup which only needs you and your team to come and resume working without any hassle of looking after IT support, staffing, legal compliance, tax-filing or concierge. You just name a business support service and these offices have everything in place to be rendered to you. Outer Ring Road (ORR) and the airport are just 29 Km away from the area.

Gachibowli is well connected by other parts of the city as the area is a prominent financial district, we can see a great road and rail transport. Telangana State Road Transport Corporation buses connect Gachibowli with other major city centres like Mehdipatnam, Koti which gives commuters a great relief during rush hours. The Multi-Modal Transport system which is a suburban rail system has also given a boost in the connectivity of the area to other parts of the city. This rail system has three lines one between Falaknuma and Secunderabad second between Secunderabad and Hyderabad and he third between Lingampalli and Secunderabad.

The area is so well connected by road, rail, and metro transport and becomes one of the most sought-after districts in Hyderabad and an ideal destination for corporates and freelancers for their for office space. The tag of being an IT hub has attracted many coworking spaces in Gachibowli which has been the primary reason for the increase in the plug and play office setup in this financial business district if Hyderabad. The area has been home to many IT companies like Accenture, Microsoft, Wipro, Infosys, Sierra Atlantic, Capgemini, and many more. Apart from the IT hub the area is also house for renowned Health care facilities, Educational Institutions, Shopping Malls, and entertainment zones which has given rise to residential development also in the area. Gachibowli is also known as a sports hub and has some of the best stadiums in the city like the Swarna Telangana State Sports Complex, GMC Balayogi Stadium, Gachibowli Indore Stadium. The World Badminton Championship and the Military World Games were also conducted in one of the stadiums in Gachibowli. All these mixed facilities like being an IT hub, having sports complex, good connectivity to other parts of the city have made residential and office spaces in Gachibowli more attractive and as a desired location. The area is also a well-known place of Hyderabad and all the major amenities like Colleges, Schools, Hospitals, etc. are in the vicinity.