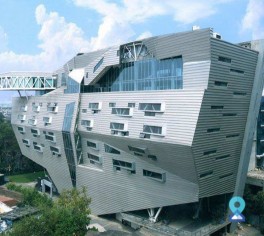 This office space is located at the junction of the BKC and provides a quick connectivity to Thane and Navi Mumbai. The location has an advantage of its proximity to the airport & railway stations to ensure amazingly efficient and quick commuter transport. 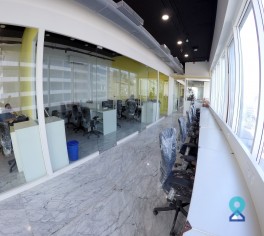 This office space is located in a prime location of Mumbai called Bandra. The centre is easily accessible because of its location, as it is just 3 Km away from railway station and 8 Km away from International airport. 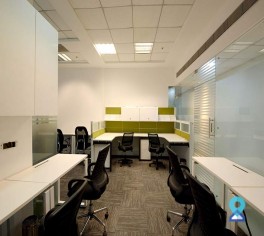 This business centre is strategically located just off Bandra Kurla Complex, a prestigious business district that is home to the headquarters of several Fortune 500 companies enabling clients to rent furnished office spaces in this prime location.

This coworking space is in a modern office block in Bandra Kurla Complex, a thriving business district in Mumbai. With the centre located on the 9th floor, there are some views of the surrounding area from the offices and meeting rooms. 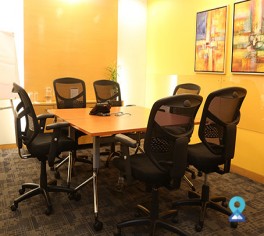 This business centre is positioned in a modern glass fronted office block close to international companies, banking and financial services.The centre is close to the Western Express Highway and only 6.5kms from the nearest international airport. 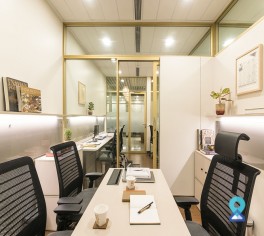 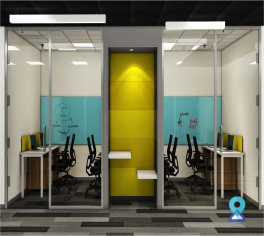 At this centre in Bandra Kurla Complex, we offer businesses the convenience of a completely set up plug and play office without the hassle of running it, at affordable prices. 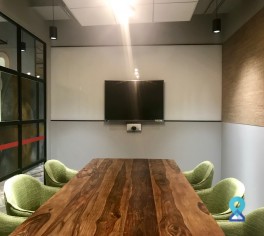 This Business centre is situated in the central business district of the western suburb and has easy accessibility by all modes of transport. It is in close proximity to Bandra & Santacruz (western railway stations) and Kurla (central railway station). Also, the centre is approximately an 8 Km drive from the domestic airport. 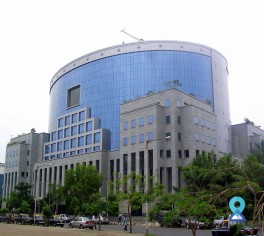 This business centre is located just minutes from the Western Expressway, which connects all sectors of Mumbai. The domestic and international airports are located in 6 kms and 9 kms from Bandra Kurla Complex. 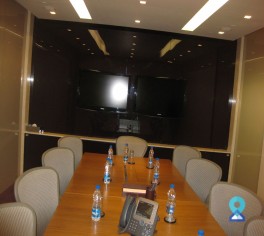 This business centre is located at Bandra Kurla Complex in Bandra East.You can experience a space that can be customized to fit your business.

Santa Cruz East is an area in Mumbai and falls under the east and Westward of Municipal corporation of Greater Mumbai. The area is surrounded by Vile Parle to the North, Khar in the South, Juhu to the West, and Bandara in the East. Coworking spaces in Santa Cruz East are very popular amongst Corporates and startups because of the easy connectivity of the area through local train of Mumbai, road transport, and Metro. The area is broadly divided in two areas Santa Cruz East and Santa Cruz West by the Mumbai suburban railway line.

Santa Cruz is well connected by other parts of the city it is served by both Western Line and the Harbor Line with six platforms and eight tracks. The area is also connected via road with a 6.4 Km long arterial road also known as Santa Cruz Chembur Link Road connecting the area with Western Express Highway and the Eastern Express Highway. With this excellent connectivity and commercial activities selecting an office space in Santa Cruz, you’ll likely to witness an ideal blend of professionalism and comfort as the workspaces here will inspire you every day. This is the only area in India which has the double-decker flyover.

This area also has two subways which connect two areas under the rail line the Milan Subway and the Khar Subway. The Khar subway has improved the connectivity between Santa Cruz east and Santa Cruz West. The western express highway also passes through Santa Cruz East. The area also has skywalks which has given huge assistance to pedestrians. This connectivity and accessibility have given rise to many coworking space in Santa Cruz East. The main roads that pass through Santa Cruz east are Western Express Highway, Nehru Road, Santa Cruz, Chembur Link Road and the Kalina-Kurla Link Road.