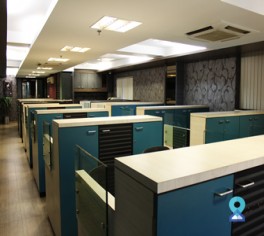 This business centre is in Kalighat. It is just 6 Km away from the metro station. The center offers a great connectivity to the other parts of Kolkata through rail and road transport. This office space also offers all the basic amenities with few additional benefit. 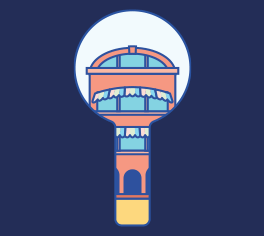 This business centre is located in Bidhannagar, Kolkata which is a corporate hub of Kolkata. It is connected to the rest of the city as well as the outskirts by every possible form of transport like bus, cab, auto, train, metro, 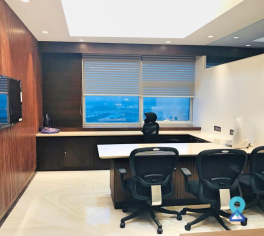 This Business centre in Godrej Waterside, Kolkata is a perfect blend of quality interiors, comfortable work structure and availability of the right amenities, 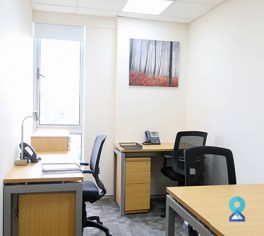 The business centre is situated on Camac Street, the heart of the Central Business District of Kolkata. Camac Street is centrally located with the closest metro station 0.75 km away. 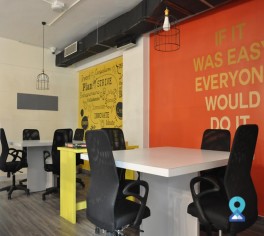 This office space is located in the heart of the city with excellent connectivity by road and metro, the centre is a fully managed, premium serviced, office space where you work at your convenience with zero set up time and a cost within your budget.

This coworking space in Salt Lake City, Kolkata offers the best in class work space environment. It has a great connectivity to other parts of the city through all means of public transport. 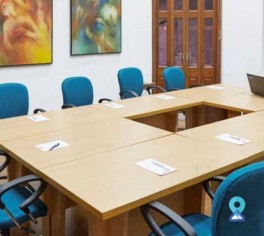 The centre in Park Street, Kolkata is located in the heart of the city, making it a convenient location for those who look for visibility and accessibility. 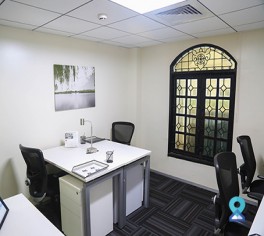 This business centre is located on Shakespeare Sarani Road, in the central business district of Kolkata. It is considered to be the high street of Kolkata with many commercial establishments, offices, and amenities including shops and restaurants in the immediate vicinity.

This coworking space is well connected by all means of transport and bears proximity to the capital city and Netaji Subhas Chandra Bose Airport.The area is also well connected to adjoining areas via VIP road and Rajarhat Road.

Kolkata formerly known as Calcutta is a capital city of the state of West Bengal in India. Kolkata is the third-largest city in India and lies on the eastern bank of river Hooghly. Kolkata is also considered as the Financial and commercial hub of East and North-East India and is also home to the Calcutta stock exchange. The city is a prime business, commercial and financial hub of eastern India and the city is also the main port of contact with all the North and eastern states of India and becomes one of the most important metro cities of India. Coworking space in Kolkata are also flourishing as the city is home to many industries operated by large public and private sector companies, major industries that grew in this city includes Cement, Steel, heavy engineering, mineral, pharmaceuticals, agriculture, Electronics, Food processing, jute and textile. With a huge industrial base, being a financial hub, and a house to many companies Kolkata contribute vastly in the economy and the GDP growth of the country making the city the third most productive metropolitan city in India. The area is also home to port, many national and international colleges, institutions, international airports, and the Calcutta Stock Exchange. As many other cities of India like Bangalore, Hyderabad, Chennai, Mumbai, Delhi, Pune, Gurgaon have seen a rapid growth of the Information Technology (IT) sector, Kolkata saw a growth little later than usual and on a slower rate as compared to rest of the cities. Some of the areas in Kolkata where a substantial amount of office and commercial development is established are:

In the past two decades a huge surge in infrastructure, real estate, and hospitality sector has been observed in the city with several hotels and large shopping malls launched. Companies such as CESC limited, Exide Industries, Eveready Industries, Lux Industries, Rupa Company, Birla Corporation, Berger paints, ITC Limited, and Bratina Industries have their headquarters in this city. Other companies having Registered offices and zonal headquarters in Kolkata are tata Global Beverage, Philips India, Price Water House Cooper India, and Tata Steels. There are also public sector companies which have their headquarters in the city like National Insurance company, Garden Reach Shipbuilders& Engineers, Tea Board Of India, Coal India Limited, Botanical Survey of India, Zoological Survey of India, Geological Survey of India, Jute Corporation Of India, Hindustan Copper, Ordnance factories Board of the Indian Ministry of Defence, Damodar Valley Corporation and India Government Mint. Having so many companies and their head offices, the need for cost-effective office space in Kolkata are in high demand. Another reason for having coworking spaces in Kolkata is that the city is also a house of financial institutions and headquarters to many public sector banks like Allahabad Banks, UCO Bank, United banks of India, and Bandhan Bank. Kolkata is also recognized as one of the important centers for banking. Several large financial institutions and insurance companies have their headquarters in Kolkata like National Insurance Company, Magma Fincorp, Bandhan Bank, SREI infrastructure Finance, and many more. Other banks having their offices in Kolkata are Standard Charter Bank, Bank of America, and HSBC Bank.

Kolkata being a hub of financial institutions, large companies, and banks requires a robust transport system in the city to cater needs of thousands of commuters every day. The city is well connected with transport like road, rail, air, and metro by other parts of the country and internally. Kolkata ranked sixth in terms of the public transport system in the county as per the survey conducted by the International Association of Public Transport. The city is a headquarter of three railway zones of the Indian railways: the Kolkata Metro railways, Eastern railways, and the South Eastern railways. The city is also connecter by four long distant railway stations by most of the other cities in West Bengal namely Howrah, Sealdah, Chitpur, and Shalimar. The Kolkata metro which is an underground mass transit system spans the North-South of the city and the Salt Lake, all the office spaces and coworking space in Kolkata are well connected by the metro and other road transport. The Calcutta State Transport Corporation also operates long and short distance buses which help connects the city with the rest of the country. Internal connectivity of the city with buses is also remarkable as major areas with offices and commercial activities are connected and are easily accessible. The cities main bus terminals are in Esplanade and Babughat. Arial connectivity of the city with the country with the Netaji Subhas Chandra Bose International Airport which is in Dum Dum is also at its best.