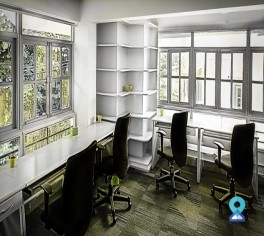 This coworking space offer businesses the convenience of a completely set up plug and play office without the hassle of running it, at competitive prices. 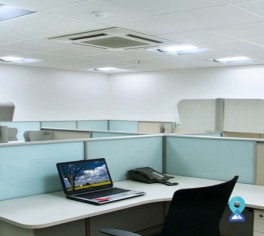 This coworking space is located in Indiranagar which is one of Bangalore's addresses providing a unique blend of the 'commercial' and the 'residential' area. 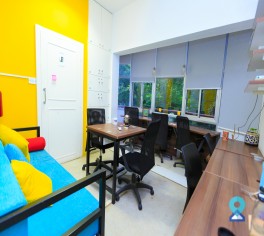 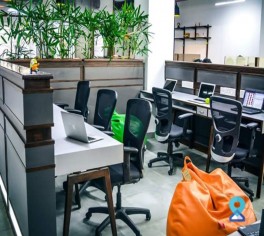 This coworking space in Indiranagar is a cost effective solution to launch your business idea and provides you with an inspiring work environment, connections, mentorship, and an opportunity to scale your business to new heights. 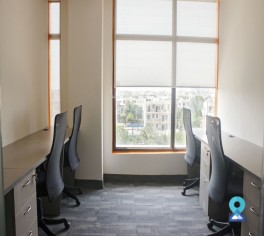 This coworking space located in HSR Layout has easy access and connectivity from Kormangala, Bellandur, Outer Ring Road, Sarjapur Road, Silk Board, Electronic City, and BTM Layout which makes it a sought-after and popular area. 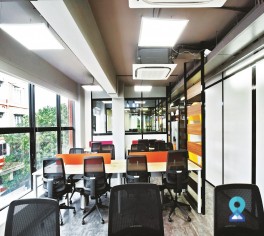 This coworking space at Indiranagar is located in East Bangalore which is known as one of the Bangalore newer areas. The region is easily accessible from major destinations of the city. It is merely 10 minutes drive from Airport. 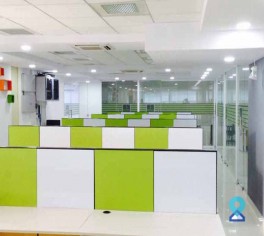 This coworking space is located in Indiranagar which is one of the prime locations in Bangalore this centre offers a comfortable and advance environment for its clients. 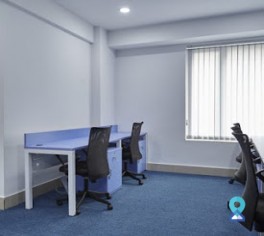 At this coworking space you can get a well-known address for your business at a central location in Indiranagar. 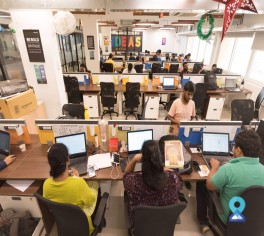 This coworking space in Indiranagar is equipped to house over 800 radical individuals and is spread across 3 floors and has a beautiful terrace cafe from which you can admire the Garden City in all its glory.

Indiranagar lies in the east of Bengaluru. It was established in the late 1970s and was named after our former Prime Minister Smt. Indira Gandhi. Till the late 80s, it was considered as a suburb with the residential population mostly owned by public sector employees. But with the opening of the economy in the 1990s and the technology revolution in India, Indiranagar received a huge influx of commercial infrastructure. Since then, Indiranagar has been one of the major regions in Bengaluru city for attracting the IT Industry which in turn has attracted the commercial real estate and so a lot of coworking space in Indiranagar can be seen providing the office space to multi-nationals and start-ups.

Indiranagar is considered as a nightlife and lively hub and has a hip vibe to it. And this can be seen during the evenings as the pubs, restaurants and craft breweries along the very famous 100 Feet Road draw a young and corporate crowd of the region. Along the 100 Feet Road, many fashion stores selling international brands and Indian brands can also be seen. Over the years, the Indiranagar region has seen a remarkable change in the social and economic infrastructure.

Indiranagar region also has a great connectivity to other parts of the Bengaluru city through all means of public transport. It has Vimanapura to the east, Ulsoor to the West, Byappanahalli to the north and Domlur to the South. The region has its metro station and through buses wherein it has its bus stop also. This makes the companies and the start-ups to have coworking space in Indiranagar.

Indiranagar is surrounded by localities which include HAL 1st stage, HAL 2nd Stage, HAL 3rd stage, OMR, GM Palya, Old Airport Road, Kasturi Nagar, C.V. Raman Nagar, Jeevanbheemanagar to name a few which makes it one of the most sort after regions to have a residential or a commercial establishment.

Indiranagar has a sound social infrastructure wherein lot of schools, retail stores and hospitals can be found within the vicinity of the region. With good social infrastructure and real estate boom in the country, the Bengaluru city and the Indiranagar region, it will keep on attracting Indian and multi-national giants with the likes of Pai International Electronics Ltd, Infosys Ltd, Amazon, Goair Airlines, Wipro Ltd to name a few already having their existence in the region to come up with office space in Indiranagar.

Some of the important factors that make Indiranagar one of the preferred locations of Bengaluru are mentioned below: